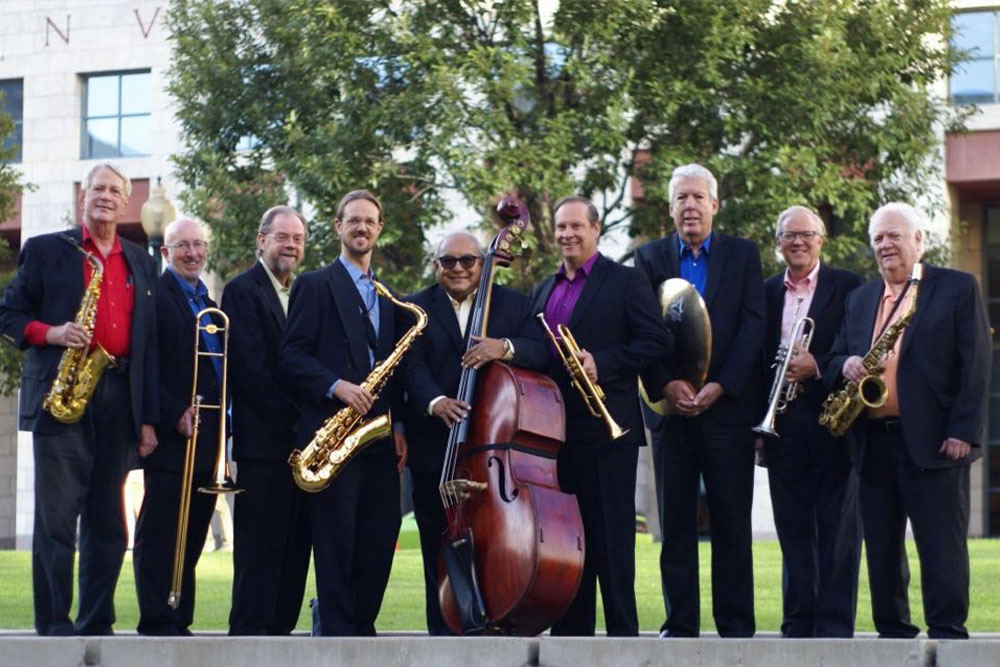 The Hot Tomatoes Dance Orchestra was formed in 1982 by former leader and founder, Ron Cope. Ron was part of a Downbeat award winning Traditional Jazz Band at the University Of Colorado – Denver. This group toured the country appearing on television and radio programs along with performing at traditional jazz festivals.

Through Ron’s travels and performances in Jazz Festival circuits on the West Coast, he was enamored with The Royal Society Jazz Orchestra out of the Bay area, which performed “flapper” music of the 1920s and early 1930s. In 1982, Ron formed a new group in the spirit of The Royal Society Jazz Orchestra and originally named it the 9th Street Flappers, after Denver’s 9th Street which borders the University of Colorado – Denver. The name of this group soon changed to The Hot Tomatoes Dance Orchestra.

With the advent of renewed interest in the Swing Era and swing dancing, the Hot Tomatoes transformed itself from a 1920s style band to a Swing-Era band performing numbers from Benny Goodman, Count Basie, Glenn Miller, Duke Ellington and many others. The Hot Tomatoes Dance Orchestra soon became a regional favorite for concert goers and dancers alike and has performed not only in the Denver metro area, but also across the Western U.S. and Canada. 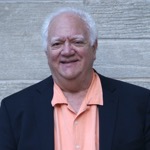 Rich Chiaraluce is a Denver freelance musician. Originally from New Haven, CT, Chiaraluce attended the Navy School of Music and came to Colorado Springs to play with the NORAD Band. He studied woodwinds at the University of Northern Colorado and graduated in 1974. Rich has performed with many of the famous singers from the Great American Songbook Era including Mel Tormé, Tony Bennett, Nancy Wilson, Dakota Stanton, and Natalie Cole. He has played with the Tommy Dorsey Orchestra as lead alto for many years as well as fronting the Artie Shaw Orchestra for several years. He has also played with the Woody Herman All-Stars. Rich has two CDs of his own, both showcasing him on his doubles. 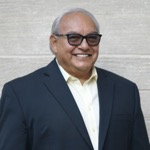 In 1992, Joe joined The Hot Tomatoes and is also another Denver native. He has performed for many years in most of Denver’s finest nightclubs and has toured with such jazz greats as Gene Harris, Carmen McRae and Sammy Davis Jr. He has twice received the “Outstanding Bassist” award from DownBeat Magazine. Joe just loves drivin’ the band!

Another alumnus from the Brown Palace Hotel Orchestra, Rich has been with the band since 1992 delighting fans with his musical interpretation of Artie Shaw and others. He has populated the saxophone sections of most of the best big bands in Denver for years. In addition to his many talents, Rich is also a professional piano technician. 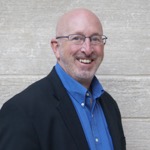 A Colorado Native, Dave has been playing trombone in the Denver area for the past 25 years. He has performed with artists such as Natalie Cole, Linda Ronstadt, Frankie Valli, Rita Moreno, Marvin Hamlish, Jim Neighbors, The Temptations, The Four Tops, and the big bands of Woody Herman, Tommy Dorsey, Nelson Riddle, and Benny Goodman. He received both his bachelor’s and master’s degrees in music education from the University of Northern Colorado and is currently working on a doctoral degree in trombone performance at the University of Colorado in Boulder. Dave has taught music in the Thornton, Colorado area for the past 20 years. 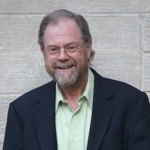 Doug just recently joined the band but has been active in the Denver music scene since 1984. He played the exclusive Moulin Rouge room at the Denver Fairmont Hotel backing such national acts as Kenny Rankin, The Mills Brothers, The Modernaires, Lanie Kazan, and Johnny Otis. Doug lived in the San Francisco Bay area from 1988 to 1990, performing with the Full Faith & Credit Big Band. In 1990 he returned to the Denver area and was the house pianist at El Chapultepec. There he performed with a cavalcade of jazz icons, including Joe Farrell, Nick Brignola, Teddy Edwards, Buddy DeFranco, Terry Gibbs, Red Holloway, Eddie Harris, Richie Cole, Bobby Shew, Lew Tabackin, and Pete Candoli. Doug continues to perform and teach privately in the Denver area. 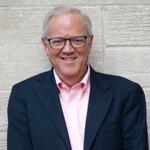 Kevin came on board with the band in 1984. He attended the Eastman School of Music and received a trumpet performance degree upon graduation. Kevin is also a much sought-after freelance performer and arranger in both classical and jazz idioms. 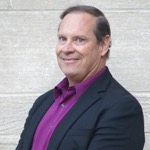 Charlie is not only a business man but a well traveled musician. He has toured the world with the Glenn Miller Orchestra and performed with the Woody Herman Orchestra. Music festivals around the world have heard his trumpet playing. In the Denver area he plays on a regular basis with local ensembles, big bands, disco and jazz groups. Charlie holds a degree in trumpet performance from the University of Northern Colorado. 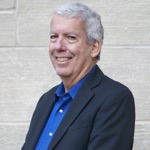 Ward Durrett is the owner of DrumsWest Percussion in Fort Collins, and his credentials also include Guest Lecturer at the University of Northern Colorado; Former Instructor of Percussion at Colorado State University as well as Colorado Christian University and Director of Admissions and Director of Percussion and Jazz Studies at the VanderCook College of Music in Chicago. A graduate of Millikin University and the US Navy School of Music, Mr. Durrett has performed with such noted band leaders Bob Crosby, Ray Eberly, Les Elgart and Ray McKinley as well as singer Carol Lawrence, entertainer Sheri Lewis, accordionist Myron Floren and Al Pierson (Guy Lombardo Orchestra). 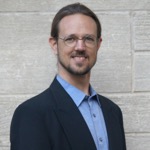 Jeremy Wendelin is one of the Denver area’s top woodwind performers and teachers. He leads his jazz quartet (which released its first album in 2019) and the Latin Jazz group Moderno, and plays lead alto with the Ultraphonic Jazz Orchestra. His freelance work includes classical, jazz, rock, blues, musical theater, and more. Jeremy works with woodwind sections at several area schools and maintains a small studio of private students.